Can you judge a book by its cover?…

So I can finally reveal the front cover of my forthcoming novella “Torment”. 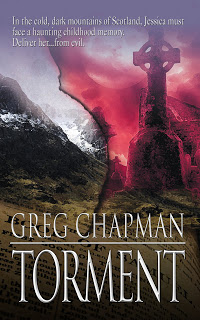 Many thanks to the very talented Neil Jackson for creating the cover and of course head cover artist at Damnation Books Dawne Dominique!

Damnation Books will publish “Torment” in March 2011 and I think the cover sets the tone very nicely.

Torment tells the story of Jessica Newman, a woman haunted by the death of her mother during an exorcism – performed by her Deacon father.

When her father dies, Jessica must travel to his home in the Scottish highlands where she will come face to face with the truth and a shocking evil.

Let me know what you think and stay tuned for more updates!

1 Response to Can you judge a book by its cover?…