So I’ve returned from my first trip to Melbourne, the capital of Victoria.

What was initially a trip to attend the Continuum 7 convention turned out to be much more…a bit of a magical history tour.

Of course I didn’t just want to spend the whole five days attending the convention, I wanted to see the sights and catch up with some authors I had collaborated with over the years.

The convention was beneficial: I sat in on a few seminars and heard the speech of one of the guests of honour – fantasy author Catherynne M. Valente who delivered a short story that may or may not have been autobiographical about a science fiction writer’s place within the universe and the multitude of creation myths surrounding her. I even learned some new things about copyright law!

I met Aussie horror author Brett McBean – the guy who tutored me through the Australian Horror Writers Association’s mentor program and helped me achieve publication with Torment. Over lunch we shared our thoughts on writing and exchanged signed copies of our books.

Mark Farrugia, who I collaborated with on the comic strip story “Allure of the Ancients” also introduced himself to me and plans are already underway to create a sequel to the illustrated vampire tale.

But it was when I went exploring the city of Melbourne that I somehow tapped in to a cultural and historical wellspring that got the creative juices flowing.

A tour of Old Melbourne Gaol took me into a den of darkness, with claustrophobic jail cells, death masks of executed criminals – and of course Australia’s most infamous outlaw Ned Kelly. As part of tour I was “arrested and processed” as a criminal, which gave me an insight into incarceration and isolation. Good fodder for the imagination! 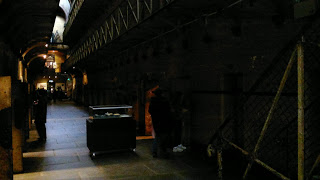 Next was the State Library of Victoria and the fates must have intertwined at this place. For months I’ve been in the realm of the Middle Ages for the graphic novel Witches! but only seeing it online or from the pages of a book. As I walked the steps to the Library I was greeted by a monument I never expected to see – Joan of Arc! Joan of Arc will feature in Witches! so I couldn’t resist but take her photo. 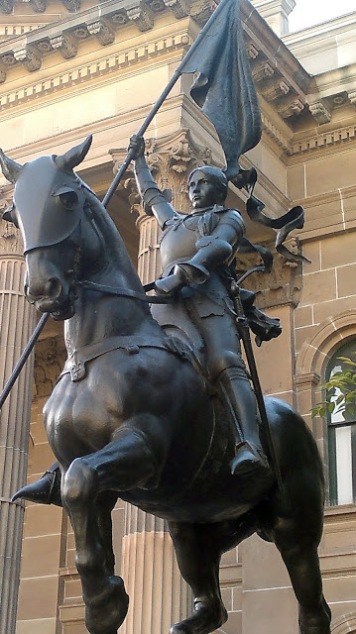 Inside the Library I found a free exhibition of some of oldest and rarest books in the world, which included pages from the Gutenberg Bible, and many other important medieval tomes (note the chain on one book!) 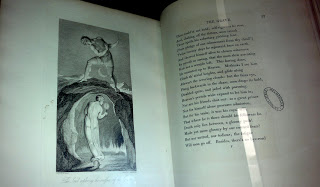 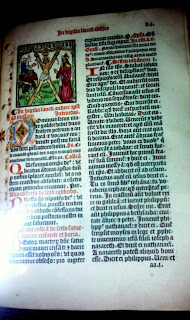 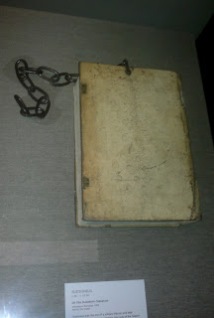 And finally, there was the once-in-a-lifetime Tutunkhamun exhibition at the Melbourne Museum (unfortunately I couldn’t take any pictures here). It was truly amazing to see the treasures from the boy king’s tomb and to have a deeper understanding of more than 3000 years of history.

Overall Melbourne was a great experience, one that I hope to call upon as I further my career as a writer and artist. 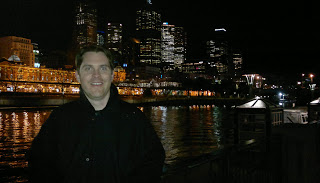