For years I’ve illustrated in the traditional way: pen and ink on paper, paintbrushes etcetera. I was trained to use my hands when I create a piece of art. I’ve always had an aversion to using digital media to create art, because in a way, it felt like I was cheating myself. I saw digitally-produced art being published and it felt well, not fake, but not true. I’m not setting out to disparage digital artists. There are many stellar digital artists out there doing fantastic work.

Until recently I felt that using a computer program like Adobe Photoshop or Illustrator would be to dishonour my own artistic style. Using a drawing tablet and wireless pen, seemed like sacrilege. Then I bought one. A small Wacom tablet. To be honest I was afraid to even contemplate using it, but like any artist, I wanted to challenge myself. To “have a go”, as we Aussies like to say. Now I have used Photoshop and programs like to enhance or colour my art, but drawing on a tablet, not at all.

Over the past few months I’ve been giving it a shot and it’s kind of like making a new friend or getting a new pet. You have to grow on each other. Just getting used to the wireless pen was a lesson in frustration, but I stuck with it. Below are some drawings I’ve done using the Wacom.

There is one thing I will say about drawing tablets. They sure allow you to work fast when you need to, but I’m not ready to give up the hands-on illustration just yet 🙂

Let me know what you think: 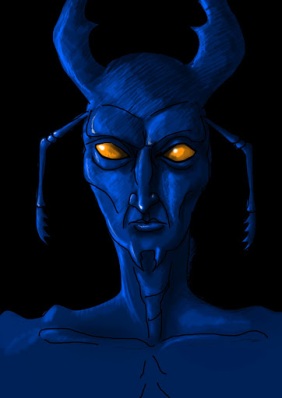