February is Women in Horror Month and while you may ask, why does there have be a gender division in the horror genre, or any genre for that matter, it’s important that all writers get the recognition they deserve. So I decided to give some of today’s leading women in horror the chance to share their thoughts on Women in Horror Month with a special interview.

In part one, you’ll hear from Marge Simon and Stephanie M. Wytovich, two very talented authors/poets from the United States. 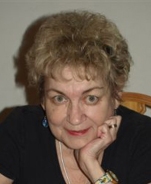 Marge Simon’s works appear in publications such as Strange Horizons, DailySF Magazine, Pedestal, Dreams & Nightmares. She edits a column for the HWA Newsletter, “Blood & Spades: Poets of the Dark Side,” and serves as Chair of the Board of Trustees. She won the Strange Horizons Readers Choice Award, 2010, and the SFPA’s Dwarf Stars Award, 2012. In addition to her poetry, she has published two prose collections. She has won three Bram Stoker Awards ® for Superior Work in Poetry. Her poems appear in Qualia Nous (Written Backwards), The Dark Phantastique (Jasunni Productions) and more poems will appear in a HWA/ Simon & Schuster Y/A collection, It’s Scary Out There, 2015. http://www.margesimon.com 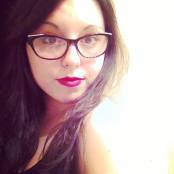 Stephanie M. Wytovich is the Poetry Editor for Raw Dog Screaming Press, a book reviewer for Nameless Magazine, and a well-known coffee addict. She is a member of the Science Fiction Poetry Association, an active member of the Horror Writers Association, and a graduate of Seton Hill University’s MFA program for Writing Popular Fiction. Her poetry collections, HYSTERIA and Mourning Jewelry can be found at www.rawdogscreaming.com, and her debut novel, The Eighth, will be out in early 2015 from Dark Regions Press. Follow Wytovich atstephaniewytovich.blogspot.com and on twitter @JustAfterSunset.

What first attracted you to the horror genre? Why do you write and read horror?

MS: I’d rather say I’m attracted to books with dark elements –unique to the writing style. I began with dark fantasy as a child, then found science fiction and finally literary horror (not counting the horror comics I drew in my early teens!) What attracts a moth to a flame or a bee to the honey?

SW:  Horror has always been my genre of choice, even when I was little. The idea of monsters and fantastical beings was never something that scared me. In fact, I was intrigued—fascinated even—by the idea of the unknown, the unexplored. Horror pushed me to ask questions and then encouraged me to try and find the answers. And that’s why I love the genre!  It makes me question everything: my faith, my morals, my reality. It forces me to look deep within myself at my most animalistic and primal needs, and then it asks me, is this real? Is this happening? Can you do this in order to survive?

And that’s what life is. It’s a game of survival. I wanted to read books that challenged me emotionally in the sense that I got to know to myself and my instincts better, and I wanted to write books and write poetry that tested what people thought about themselves, and then made them face their most private, personal shames and desires.

Humanity is the world’s scariest monster.

Horror lets me tame it.

And sometimes, it lets me set it free.

How do you feel about Women in Horror month? It’s most certainly warranted, but recently Acting HWA president Lisa Morton said she wished it was a “Celebrate-Horror-Writers-Regardless-of-Gender-Month”. What are your thoughts?

SW: I can understand the concept of removing Women in Horror Month, because then it takes away the label of female horror writer and simply just leaves horror writer which is the absolute of the matter. However, the hard truth is that most male readers still only read male authors, and when it comes to the big names in the genre, it’s still predominately male. Most people don’t even know Shirley Jackson or Mary Shelly. Hell, I didn’t know them before I started studying the business, and even then, any How-to book I read was mostly edited by a man, and composed of almost male authors. Same with anthologies. Growing up, I knew Stephen King and Dean Koontz, and a couple others, but the idea of a female horror writer was lost of me. In fact, to me, it seemed like the closet any woman did to horror was paranormal romance.

Now yes, I was young and stupid, but I’ve always considered myself a voracious reader, so what does that say about the stereotypes and influences that are being pushed on readers when it comes to the genre? There’s the absence of femininity. The role of victim. The notion that women only write love stories about vampires and shape-shifters, or that we get kidnapped and need a man to rescue us. Until these obvious trope-clichés go away, I think there needs be awareness dedicated to gender equality in the genre, and I think Women in Horror Month is a great step in the right direction for that. Yes, we do need to show that there are strong female characters, but even more so, we need to promote that there are strong female writers creating them and working to keep them alive in the genre that we all share and love.

What are your perceptions of the number of female horror authors out there right now? What should the wider community be doing to encourage them?

MS: As I don’t write horror novels, or novellas, I asked a friend of mine who does. Here’s what she says, and I’ve heard her say it before over the past few years, so I tend to agree:

“I believe that there are many talented and prolific female writers in the industry today, but they are overlooked and often dismissed. There is bias among some publishers (not all) regarding women. Some are willing to work with male writers, asking for rewrites and edits, if they feel that a manuscript has potential, while a comparable manuscript submitted by a woman is flat out rejected.

Many readers in our genre are male and they also dismiss female writers. That’s a huge problem when the time comes for reader’s choice awards, and best selling lists, in some circles. All readers should be encouraged to read work by both men and women.

I believe that part of the community, some publishers and some readers are harder on women regarding reviews, sales and publishing.

The wider community should reach out, make themselves aware of women who have quietly contributed fiction, poetry and art over the years. Many of them are introverts who forsake message boards and social media in favor of honing their craft. Others should look beyond appearances and loud voices and learn that their are many unique and brilliant voices that have been dismissed for many years, by both the community and the publishing world.”

SW:  There’s more and more women being celebrated and recognized for writing horror and that makes me happy because it’s putting us on the same playing field as men. I don’t think there necessarily needs to be encouragement, but rather support, but not as a female writer. Just as a writer.

At the end of the day, we’re all doing the same job: creating stories. If you like them, tell someone about it. Write a review. Share the book. Celebrate the author that built a world and shared it with you.

There are many women writing paranormal romance. Do you think that has had a positive or negative influence on women authors in the horror genre?

MS: I don’t read paranormal romance, but I have heard that it’s popular and pretty much dominated by women. That matters nothing to me, because I write speculative dark fiction, for the most part, and I see no bias going on in that area.

SW: Oy. Speaking from personal experience, I think this has had a negative influence on women in the horror genre. I know that when I tell people that I write horror, they immediately go, ‘oh, what, so like Twilight?” And there’s nothing wrong with writing paranormal romance—in fact, one day, I’d very much like to write one, but it’s the stigma that’s attached to female writers that we can only write love stories that bothers me.

Having said that, I think that love is one of the most horrific topics to write about as a horror writer, so in some ways, maybe it’s not the concept of love that’s the problem, but rather the implication that women can’t write violent, dark prose that’s more the issue at hand. To me, it seems like women get pigeonholed into extremes: we’re either not strong enough, and are therefore labeled as damsels in distress, or we’re too strong that we’re labeled as butch or masculine. That needs to stop.

Which women in horror inspire you and who should we be reading?

MS: Elizabeth Massie’s stories generate the most amazing inspirations for my work. But there are many others, old and new – Ruth Rendell, Daphne DuMaurier, Joyce Carol Oates and Kathy Ptacek to name a few.

SW: I love anything by Mercedes Murdock Yardley, Helen Marshall, Melanie Tem, and Damien Angelia Walters. I’m also a huge fan of poetry by Linda Addison, Marge Simon, Rain Graves, and Donna Lynch. These ladies both inspire me and motivate me, and I can’t recommend their work enough.

And finally, tell us about what you’re currently working on.

MS: I’m finishing up another poetry collection tbp by Eldritch Press this year, Naughty Ladies, illustrated by Sandy DeLuca. She and I are also collaborating on yet another collection, which will include some of my flash fiction, Dark Dolls.

SW: I’m currently working on a poetry collection titled, Brothel. It’s a collection of 100+ poems that explore the day-to-day life of women working in a whorehouse. I’ve wanted to tackle a dark, erotic topic for quite some time, and the more I read about brothels and how they operated and worked as a business, the more I thought that this would be the perfect opportunity to comment on sexuality, feminism, and the truths and mysteries that surround the working girl. Each poem is told from the perspective of a different girl in the house as she reminisces and talks about past and present clients while discussing the good and bad about the job. It’s dark, it’s sexy, and I’ll be honest with you, not all the clients make it out alive.

Read more of Stephanie’s thoughts on Women in Horror Month over at her blog – http://stephaniewytovich.blogspot.com.au/2015/02/this-is-not-female-horror-writer.html

In the meantime, read this very insightful post by fellow author Marty Young over at his blog.

I’d also like to acknowledge the recent passing of author Melanie Tem, an incredible loss in the horror community. Many condolences to her husband Steve Rasnic Tem and their family.

Two-time international Bram Stoker Award-nominee®*, Greg Chapman is a horror author and artist based in Queensland, Australia. Greg is the author of several novels, novellas and short stories, including his award-nominated debut novel, Hollow House (Omnium Gatherum) and collections, Vaudeville and Other Nightmares (Specul8 Publishing) and This Sublime Darkness and Other Dark Stories (Things in the Well Publications). He is also a horror artist and his first graphic novel Witch Hunts: A Graphic History of the Burning Times, (McFarland & Company) written by authors Rocky Wood and Lisa Morton, won the Superior Achievement in a Graphic Novel category at the Bram Stoker Awards® in 2013. He is also the current President of the Australasian Horror Writers Association. Greg lives in Rockhampton with his wife and their two daughters. * Superior Achievement in a First Novel for Hollow House (2016) and Superior Achievement in Short Fiction, for “The Book of Last Words” (2019)
View all posts by darkscrybe →
This entry was posted in Uncategorized and tagged horror writers association, marge simon, stephanie m wytovich, women in horror month. Bookmark the permalink.