So my little haunted house novel, HOLLOW HOUSE has made the preliminary ballot of the Bram Stoker Awards®. 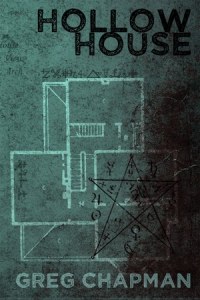 While this is just the first hurdle in a long and detailed process, it’s humbling to have my debut novel on this list amongst some of the best writers in the horror genre.

The response to my novel has been very gratifying, with many reviewers and readers taking the time to share their thoughts about the book online, for which I am most grateful. HOLLOW HOUSE even made The Horror Fiction Review’s Top 10 Books of 2016!

Here are just some of the reviews HOLLOW HOUSE has received since it was released last July:

At the very least, having HOLLOW HOUSE on the preliminary ballot is a huge encouragement to keep writing. I don’t write full-time (yet), but this will certainly spur me on to keep striving for that goal. Even if I don’t make the final ballot, it’s a pretty big achievement for me, something that’s only just starting to sink in. I’d like to thank Omnium Gatherum publisher Kate Jonez and my editor Janet J Holden for helping me bring my horror novel to life. 🙂