Posted on December 4, 2017 by darkscrybe

They say seven is THE magic number.

So it’s fortuitous then that the sequel to one of my first published works, The Noctuary, has been released exactly seven years to the day since the original first appeared on the scene. 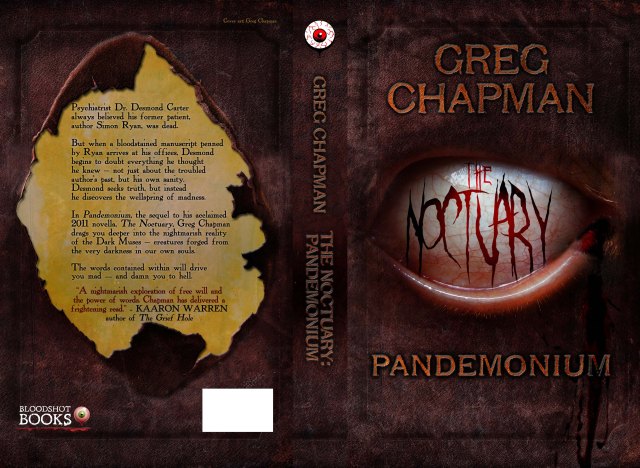 The Noctuary: Pandemonium was hell to write. The original novella, first published by the now-defunct Damnation Books, came about when I was knee-deep in the mentorship program with the Australasian Horror Writers Association. Pandemonium was simultaneously the sequel I’d been putting off and the one I needed to tell.

Pandemonium, which has just been published by Bloodshot Books in digital and print formats, collects the original novella with the sequel and incorporates it. It’s all very meta and writing it nearly sent me mad. 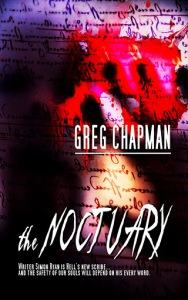 In the original novella, a down and out author named Simon Ryan is summoned by dark forces to be their “scribe”. When he writes he has the power to alter his own reality. If you could change something with the stroke of a pen would you? What are the subsequent ripple effects of that change?

Pandemonium is all about the power of words and the power of the mind. Losing your sanity is probably my idea of hell and I wanted to explore that fear in the sequel and of course, give readers more insight into the creatures that draw their power from Simon’s words.

Fate is the underlying thread. Was it fate that Pandemonium has been published seven years after the original novella? I hope it’s just a coincidence. Will I be writing another chapter in this saga another seven years from now?

Check out these early reviews of Pandemonium and then see if you’re willing to peer into its pages.

There’s also a few videos with excerpts that I made with voice actor Ricky Grove – one from seven years ago and a new one.

The Noctuary: Pandemonium – read it and weep.