Horror has been much maligned.

Regarded as little more than “blood and gore” with no true message. Shock for shock’s sake.

This couldn’t be any further than the truth.

The horror genre is slowly seeing a resurgence of respect on a wider scale through recent films, but horror has always deserved to be regarded as meaningful and worthy.

There has been many a time at book expos or signings when some people have visibly winced when I’ve mentioned I’m a horror writer. It used to bother me, but over time I’ve shrugged it off and told myself that these people are missing out on an opportunity to not only be entertained, but to explore themselves.

I’ve always maintained that horror is a mutli-faceted genre, more so than others. It provides more than chills and goosebumps. Beyond the werewolves and zombie viruses, is a map of the human condition, of emotion, psychology and even social commentary. Below are some examples of works that I believe speak to the power of the horror genre. 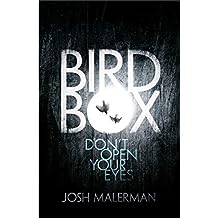 Josh Malerman’s novel Bird Box, is a remarkable example of horror that delves deep beneath the surface of feverish fright. The characters, by being forcibly blinded, are in turn forced to look within themselves and into the eyes of each other at close quarters. The paranoia is palpable, driving the story forward. It’s a story of survival, loaded with symbolism and there’s barely a drop of blood spilled.

By comparison, Clive Barker’s The Hellbound Heart sheds much blood in its exploration of curiosity gone horribly wrong, but if you peel back its layers there are issues of abandonment, the objectification of women, the empowerment of women, and the power of desire. The Cenobites are secondary monsters – the embodiment of punishment, yes, but moreover they serve as warnings against human frailty. 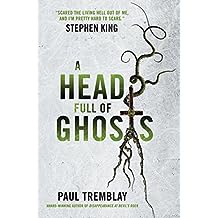 Paul Tremblay’s A Head Full of Ghosts is equal parts family tragedy and a look at the impacts of mental illness plaguing today’s youth. The story is told so keenly that you almost forget that it’s also about an exorcism. Through sleight-of-hand, Tremblay weaves all of these ideas together while pointing the finger squarely at the sensationalist nature of reality television. 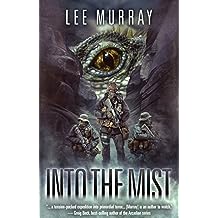 Past regrets, losses, and guilt pervade horror fiction. Tim Waggoner’s Deep Like the River is a painful journey both literally and figuratively, as a canoeing trip down a river forces a woman’s past to rise to the surface of her mind. Daniel I. Russell’s Entertaining Demons is an even deeper look at the evil of reality TV, with our worship of it becoming fodder for demons. Lee Murray’s Into the Mist is an exciting action-packed monster hunt, but it also provides an insight into Maori culture, mythology, and the New Zealand landscape. There’s also subtle environmental commentary, the darkened forest where the hunt takes place threatened not just by the creature, but also the dominance of military authoritarianism. Brett McBean’s The Awakening is on the surface a coming-of-age story, taking the zombie sub-genre back to its voodoo roots, but it’s actually a beautiful story about life and death told lyrically through the eyes of a young boy and an old man.

Many books and films that are considered “mainstream” are actually horror. The Lovely Bones by author Alice Sebold and later as a film by Peter Jackson, is one example. On one side you have the psychological aspect of the family processing the grief of losing their daughter, while on the other you have the spirit of the victim herself coming to terms with the fact that not only is she dead, but that she died horrifically. The Silence of the Lambs is another mainstream book and film that would be considered by many more crime thriller than horror, but actually contains all the key elements that comprise good horror fiction, particularly in the second half of the story.

Horror has also encouraged diversity, with acclaimed authors of colour like Victor LaValle (his novella The Ballad of Black Tom won a Shirley Jackson Award and numerous nominations for other awards) coming to the fore. The film Get Out written and directed by Jordan Peele, won an Oscar and a Bram Stoker Award for its screenplay, and could be compared to other psychological thrillers like The Strangers or You’re Next, but what its sets it apart is that it’s a commentary on prejudice and racism. LGBTQI authors also thrive in the horror genre, with numerous films and books containing gay or transgender characters and themes. Again, Clive Barker and other authors like Poppy Z. Brite, Aaron Dries, Mark Allan Gunnells and Caitlin R. Kiernan come to mind.

I could go on, but I urge you the reader to look beyond the misconceptions and explore the horror genre for yourself. These are just a few of the stories that provide the “depth” horror can encapsulate. You’ll note that these authors all strive for meaning in their stories. They’re not all just out solely to splatter you with buckets of blood. Authors like the ones I’ve outlined above and others such as Kaaron Warren, Stephanie M. Wytovich, Mercedes M. Yardley, strive to push the boundaries of the genre and carry on a fine tradition that horror has always had – one of relevance and introspection.

All we horror authors ask is that you look past the lurid cover, put your assumptions to one side and see the meaning between the lines. But most of all, look within yourself.