This Sublime Darkness… by Greg Chapman!

So a little bit of publishing news –  This Sublime Darkness… by Greg Chapman! 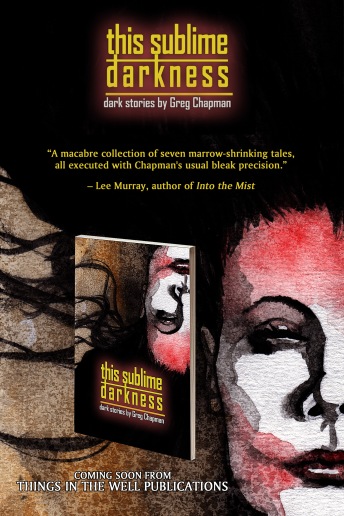 The fine folks at Things in the Well Publications are going to release a mini collection of some of my stories:

Seven DARK STORIES of grief, madness and nightmares, from Bram Stoker and Australian Shadows Award-nominated author Greg Chapman
~
A small-town secret unearths itself
A stone drives a madman onto the streets of Whitechapel
A man takes a new wife – and the ghost of her mother!
A photo album sends a grieving man into a spiral of nightmares
A creature collects the last words of death-row inmates
An insomniac fights nocturnal evils, unaware of the evil within
And a widow has one final embrace with his long lost love

I’ve also created illustrations for each story as well as the front cover art. It’s been a blast working with Publisher Steve Dillon. 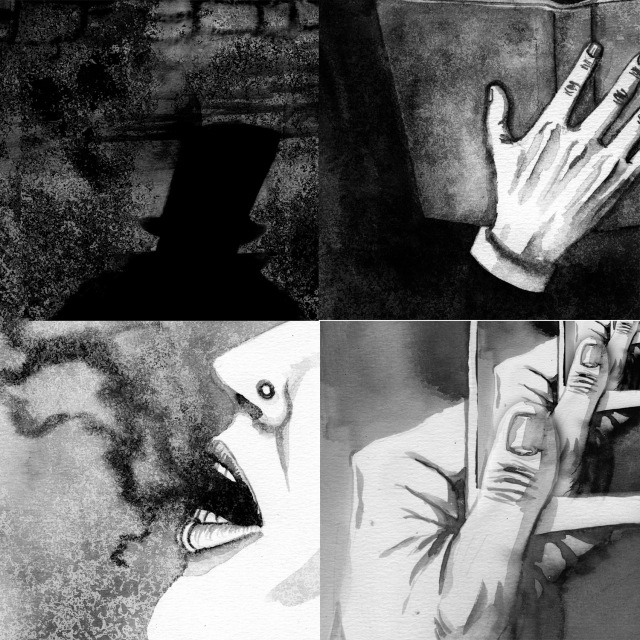 This Sublime Darkness will be released just in time for Halloween in digital, paperback and hardcover. Follow the link above for more information. I hope you’ll grab one – or two!

Two-time international Bram Stoker Award-nominee®*, Greg Chapman is a horror author and artist based in Queensland, Australia. Greg is the author of several novels, novellas and short stories, including his award-nominated debut novel, Hollow House (Omnium Gatherum) and collections, Vaudeville and Other Nightmares (Specul8 Publishing) and This Sublime Darkness and Other Dark Stories (Things in the Well Publications). He is also a horror artist and his first graphic novel Witch Hunts: A Graphic History of the Burning Times, (McFarland & Company) written by authors Rocky Wood and Lisa Morton, won the Superior Achievement in a Graphic Novel category at the Bram Stoker Awards® in 2013. He is also the current President of the Australasian Horror Writers Association. Greg lives in Rockhampton with his wife and their two daughters. * Superior Achievement in a First Novel for Hollow House (2016) and Superior Achievement in Short Fiction, for “The Book of Last Words” (2019)
View all posts by darkscrybe →
This entry was posted in Uncategorized and tagged collection, fiction, horror, short stories, Things in the Well Publications, This Sublime Darkness. Bookmark the permalink.